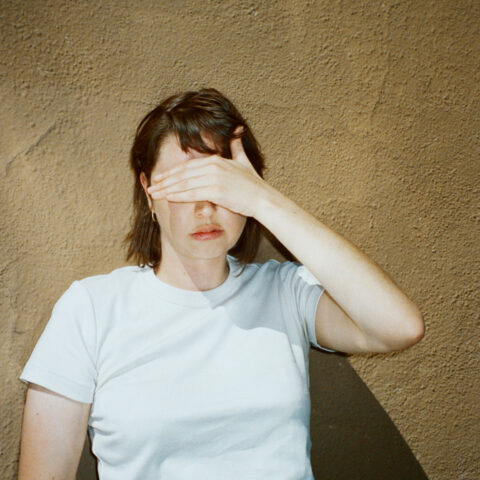 Another Wave is Coming, the new solo record from New Zealand multi-instrumentalist and songwriter Emily Edrosa, is the product of a labor spanning three years and two halves of the globe. Many of the songs that became Another Wave were written and partly recorded before Emily moved to Los Angeles in 2016.

She left behind a friendly music scene and a reputation built upon nearly ten years fronting the award-winning band Street Chant to start over in a country that seemed in its death throes. The album’s title reflects the almost cosmic swell that carried her across the world. “It felt like I was riding a wave,” she says, “like another thing was coming and I couldn’t resist.” The irreverence and complexity that unfold in the album’s lyrics are echoed when she remarks that it felt like she was being guided to Los Angeles and, in the same breath, quips “But maybe it was just mental illness.”

Self-deprecating hyper-awareness aside, it’s difficult to imagine that anything besides fate brought Emily here. She describes lying in bed and envisioning a new life playing music in LA with a partner she hadn’t met yet, a future that she manifested exactly. She entered the Green Card lottery for her first time, and won. One month after arriving on the West Coast, she was playing a show in Echo Park when drummer Bosh Rothman presented himself to her from the audience, and the drums that she’d written using MIDI for the demos that would become Another Wave suddenly had someone willing to learn, play, and record them. It’s shocking to hear her describe herself as “a pretty afraid person” who’s scared of change. Even without knowing how radically she reconstructed her life, when she sings about fear and isolation on the record, she does it with articulated force.

After getting Rothman’s drum tracks down, Emily re-recorded the other instruments and vocals inside the closet-sized space in her home that she’d insulated with a comforter and transformed into a studio. She wrote the rest of the Another Wave songs and repeated the process, this time sending the MIDI versions to fellow New Zealanders Alex Freer, who learned the drum parts Emily had written, and Liz Stokes (The Beths), who recorded him in her studio. The songs then landed in New Jersey to be mixed by legendary producer John Agnello (Kurt Vile, Sonic Youth, Dinosaur Jr.), and Emily finalized the record in her home studio.

“Making stuff in the box on the computer has become my main source of happiness that I have now, as opposed to before when it was, I don’t know, going out to the bar and being in the scene. I’ve changed so much since I moved here, it’s kind of disturbing. I finally had to grow up.” During the making of Another Wave is Coming, bleak hour-long bus rides to a miserable job reminded her that she could always go back to NZ, and that not everyone is so lucky. For all the deeply personal and specific experiences that pour out of these songs, any potential for navel-gazing is squashed by Emily’s empathy and righteous anger. The subversive jabs at late capitalism in songs like “Lesbian Pope” and “NCEA” reveal an artist who is as almost too aware of the world.

Trying to stick a genre onto Another Wave is Coming is about as futile and needless as trying to pin a living, fighting moth to cardstock. In Emily’s own words, the album is “just guitar music,” and she considered naming it that before deciding it was too self-aware. The kaleidoscopic songs on Another Wave express the fear and loneliness of starting over so precisely that anyone who hears it hears their own loneliness and fear, too. But the record is not weighed down by melancholy. Bright synths and garage-rock fuzz keep things light on “Drinking During the Day,” and paranoia about the growing threat of nuclear war in “Springtime’s Stranger in a Strange Place” is, like with many songs on the record, propped up by punchy, energetic bass lines that recall the best hardcore of the ‘80s.

Opening track “She Agreed” begins with simple, dreamy guitar that underscores the anger and hurt of the lyrics, which center on a relationship ended as much by one partner’s unwillingness to fight for it as by her homophobic parents. After inviting the listener to witness that pain, though, Emily’s voice soars as she declares, “I refuse to pretend that I don’t hate all of them,” and drums enter to pick the song up into a gallop. “I used to try and be more of a poet, and then I went full the other way,” she says. “I’m writing about very specific things with this record, because I was processing so much moving here.” Dissonance and lyrics that sound hurled out in half snarls, half smiles fill “When Our Brains Betray Us,” the song that also delivers the album’s title in a loopy, hypnotic verse. It opens with a hook that’s not just catchy, but commands attention—a regular feature of Emily’s music. Echoes of Mission of Burma come through in the relentless tattoo of the chorus, “Nothing’s gonna save us, our brains have betrayed us now.”

During the three years that she worked on Another Wave is Coming, Emily remembers reading Ottessa Moshfegh’s short story collection Homesick for Another World, “stories of weirdos that feel like the title says. They’re so uncomfortable with themselves, isolated, lonely, just a bunch of freaks.” For her, that title captured perfectly the feeling of living in a strange place that was far more hostile than she’d expected from all the shiny pop culture the US exports to the rest of the world. But whatever role the cosmos played in bringing her to the West Coast, there is no denying the sheer will Emily exerts in her music. She was determined to create a record all her own, from writing to mixing, to make it sound “homemade, like all the little parts had been constructed perfectly.” The end result, Another Wave is Coming, is a universe of her own making. 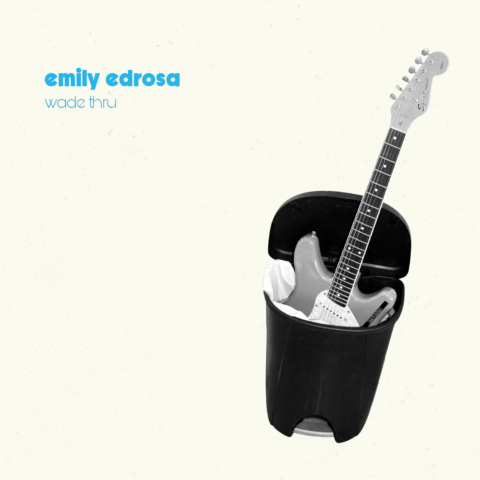 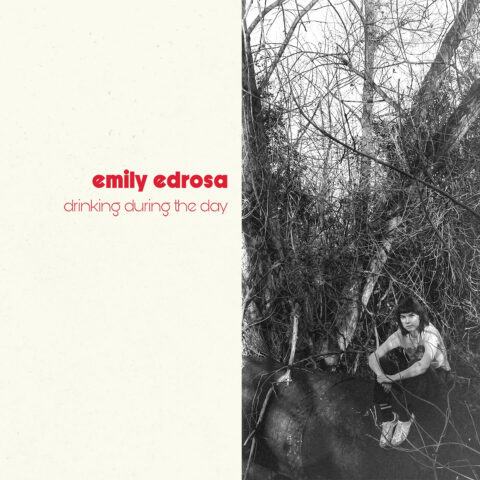 Drinking During The Day