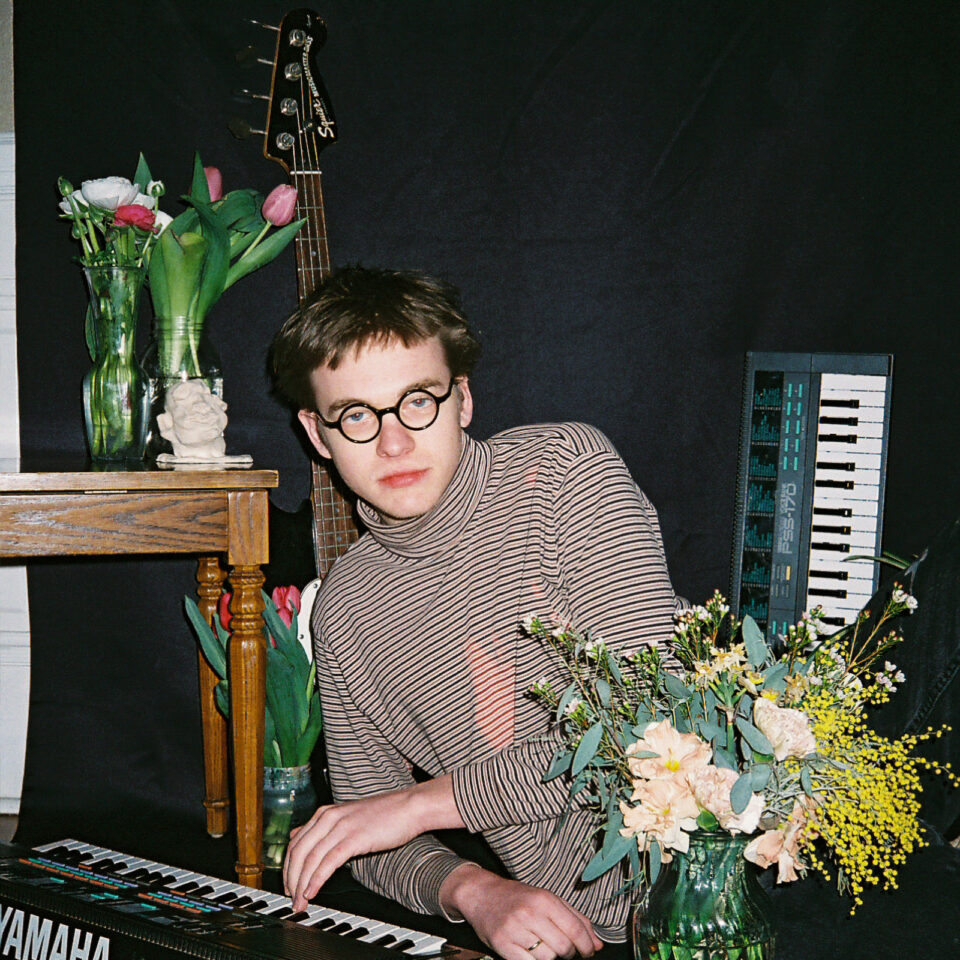 Mediocre Cafe is a musical project and live band from Sacramento California, founded in 2017 by songwriter Cooper Coffroth, with the help from friends Plum Anderson, Taylor Kohl, Noah Campos, and Claire Tauber.

On Easy Listening–the band’s debut album, Mediocre Cafe deftly pulls from a wide range of influences, synthesizing Errol Garner and Ariel Pink into an effortlessly cool and original record. Each track flows seamlessly into the next, creating a 30-minute world that, true to its name, is easy on the ears.

Cooper Coffroth first starting compiling songs and poems for “Easy Listening” in late 2017 that would later be developed and worked into the versions they are on the record today. Many of the tracks on the album hint to a similar longing feeling of earning a persons full attention, as well as other real life experiences between friends.

Specifically the title track ‘Easy Listening’ tells the dilemma of a person not feeling well heard by their peers. Whether you can relate this to your personal relationships or loved ones, Coffroth believes that at some point in everyones life, It can be tough to get your point fully understood by the people around you. The song seems to also have somewhat of a double meaning, begging the listener themselves to pay close attention to the music itself.

Easy Listening, the album, began recording in September of 2018 by Patrick Hill at Earth Tone Studios, and was finished the following April by Samuel Regan of Baseball Gregg in Cooper Coffroth’s attic, Mansion Flats, Sacramento CA. Mediocre Cafe’s debut album Easy Listening will be released May 1st 2020 by Park the Van records.

Videos
The next new tune from @n.ari drops later this mon

We’re going to stay inside for you too. @hello_b

...and here’s a friendly reminder about tomorrow

We made a @spotify playlist featuring all the band