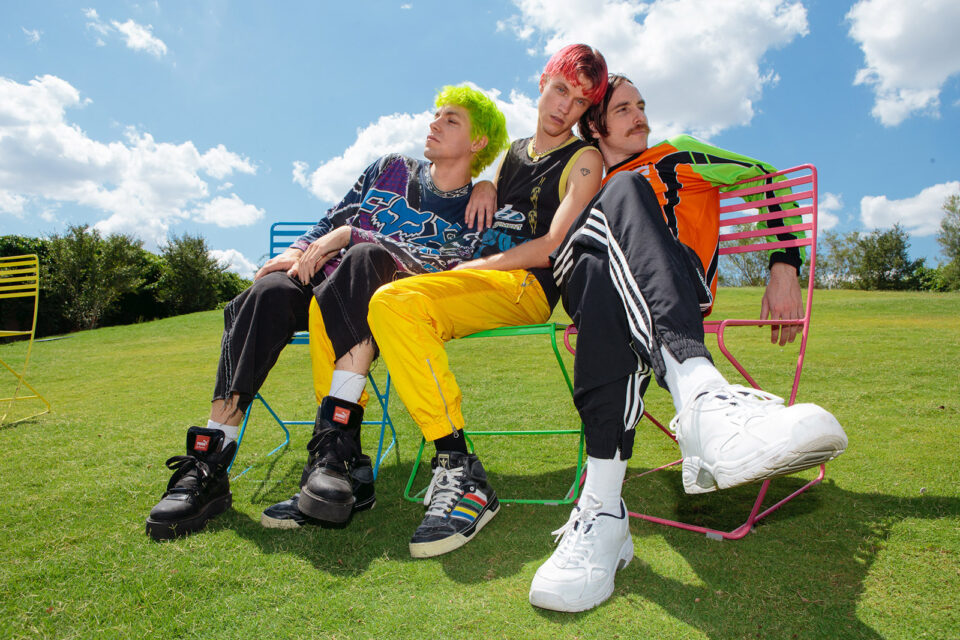 Hot Flash Heat Wave is Adam Abildgaard, Nick Duffy, and Ted Davis. The trio hails from Davis, California, where they met in high school through a shared interest in music. Maintaining a DIY ethos instilled by their teenage roots in the Davis/Sacramento punk scene, the group still creates most of their artwork and merchandise themselves. Continuing their habit of self-reinvention, the band has garnered growing attention with the early 2019 release of a short-but-sweet EP, titled Mood Ring, and a self-made music video for its leading single ‘Glo Ride’.

An ambitious blending of genres, the EP is a definite divergence from anything we’ve heard from the group to date, diving deep into themes of introspection and emotional turmoil while still managing a flavor that is uniquely theirs.

Here’s a little trip down memory lane with the i